LEBANON — Firefighters in Lebanon hope a new digitized emergency alert system will cut down on response times and reduce some of the stress associated with the job. But it means the human voices that used to be heard calling Lebanon’s first responders on scanners around the Upper Valley have been replaced by a robotic, machine-generated voice.

The Lebanon Fire Department implemented the new $180,000 system last month, following in the footsteps of the Hartford Fire Department, which started using it two years ago.

Called the Phoenix G2, the system includes technology and software that are installed at dispatch centers and fire departments to make the process of responding to emergency calls more efficient, according to Lebanon Fire Chief Chris Christopoulos. The money for the system came from Lebanon’s capital budget, he said.

Before the system was installed, when dispatchers received an emergency call, they would have to take down the information from the caller first, then put the caller on hold while they alerted the police and fire departments. With the new system, they can type the essential information — the nature of the emergency, who’s involved and where it is — while they’re still on the phone with the caller, Christopoulos said.

The system then uses text-to-speech technology to immediately report information about emergency calls over the scanner — sometimes while the caller is still on the phone. The system, which was developed by Arizona-based Digital Designs, is available for fire departments only, not police departments.

And while the new, Siri-like automated voice that comes over the scanner is a big change from the voice of a dispatcher, Christopoulos hopes there will be a few benefits.

A key one is the voice itself, which Christopoulos said is calm and leveled. Before this system, when the dispatch center got an emergency call, officials there would notify the fire department by pressing a button “that would ring bells and turn on all the lights,” Christopoulos said.

That was especially jarring for firefighters working 24-hour shifts, who often sleep at the station.

“When you wake people up abruptly, it has a negative cardiac effect. They could have a heart attack,” he said.

In contrast, the robotic voice alerts — and awakens — firefighters in a calmer, less alarming way.

“This is relaxed, steady,” said Hartford Fire Chief Scott Cooney, who said worries about firefighters’ health and stress levels was a large part of the reason his department started considering a new system two years ago, calling it a “more heart-healthy initiative.”

Christopoulos is also hopeful that the ability to get essential information about a fire or a medical emergency as the call comes in means firefighters will be able to respond even faster.

“We hope that we will be able to monitor our time more stringently,” Christopoulos said, adding that the system is more efficient for dispatchers, too, because it cuts down on the number of steps they have to take to relay important information. “It really is a more modern way to function.”

The system doesn’t pose a threat to dispatchers’ jobs, because they still have to take calls and type the information for first responders into the computer system, Christopoulos said.

Hartford already has seen the benefits of its system, according to Cooney, who said firefighters start to head to a scene immediately after an emergency call comes in now because they have access to the type of emergency and the address.

“It speeds up both call handling and turnout time,” he said.

Still, Christopoulos and Cooney both said there’s a downside to a robotic voice — rather than a human — alerting them to an emergency.

“There’s no emotional inflection from the dispatcher from this system,” Cooney said.

Under the previous system, the tone of a dispatcher’s voice when relaying an emergency call could give first responders a little more information about the severity of the call.

“When we have a very serious call, we can tell by the tone of voice. It affects how we respond,” Christopoulos added.

There are also a few kinks that Hartford and Lebanon departments are working out, including the type of accent to assign the voice. The Lebanon Fire Department is currently tweaking the voice to “articulate some of our strange street names,” Christopoulos said.

The Lebanon Fire Department spent $180,000 for a new digitized emergency alert system. An earlier version of this story gave an incorrect figure. 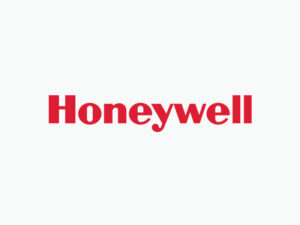 Honeywell and US Digital Designs 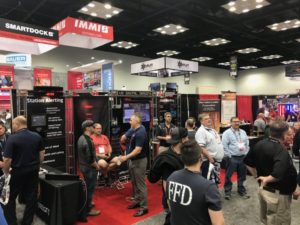 Top Fire Conferences to Attend in 2020

Happy New Year! On behalf of our team at US Digital Designs, we’re very excited about the upcoming fire conference and tradeshow season. And, as

Touted as the ultimate device for a healthy life, there are many things an Apple Watch can do. It can connect to your iPhone to